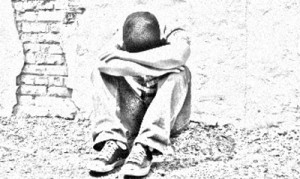 .
When my awesome recovery friends have wonderful news and events happening? You know I love to share the excitement right along with them and brag a little. So I am very happy to share that my good buddy and fellow new author, Aaron Emerson and his new book release made the Papers! So of course, I wanted to share it for all of my visitors and friends. His book is a powerful true story of his life with drug addiction and recovery, but also the impact it had on his family. It is getting excellent Amazon book reviews so I say go put it on your reading list.

Here is the fantastic article, and courtesy of “The Lansing (MI) State Journal” newspaper and write-up about Aaron and his new book release here: To Hell And Back: Heroin And Recovery: My Life Of Addiction And Recovery Told Through Past Journals ~ Kindle Edition . . .

(Aaron Emerson, 24, sits with his parents Wes and Rhonda, Wednesday, Jan. 20, 2016, at their home in Mason. Aaron Emerson is in recovery, of his heroin addiction. His parents have a prescription for Narcan, an anti-overdose drug, that they keep in the house in case he relapses. Wes is pastor at New Life Fellowship church in Leslie.)
(Photo: Dave Wasinger/Lansing State Journal) . . .

The Article on Lansing State Journal:

One night in 2012, Aaron Emerson stumbled out of his bedroom and down a hall near the living room where his father was sitting.

He was dizzy and his eyes started to close. He passed out against a door not too far from his father.

“I don’t remember anything about the drive to the hospital,” Emerson, 24, said Wednesday in that same living room in his parent’s house in rural Mason. “I think they would’ve called the ambulance, but sometimes out here the ambulance takes quite a while.”

That ambulance, if it had been called, would’ve carried naloxone hydrochloride, better known as the anti-heroin overdose drug Narcan. It would’ve been administered to Emerson, who was overdosing on a mixture of heroin and Xanax he and a friend had used in his room.

If this had happened in 2016, Wes Emerson, Aaron’s father, would’ve walked to the closet in his bedroom and grabbed the Narcan kit that sits on a shelf. He would’ve called the ambulance and administered the drug to his son, likely bringing him out of the overdose right there.

Even though Aaron has been clean and in recovery for two years, the Emerson’s, law enforcement and other families fighting heroin addictions throughout Michigan have a new tool to address the dramatic increase in heroin overdoses that experts have called a scourge and an epidemic.

The greater access to Narcan, which is available over the counter in more than a dozen states — but not in Michigan — rapidly reverses the effects of an overdose.

Obtaining it, with a prescription in Michigan, was the next important step for an increasing number of families caught in the horrors of heroin addiction.

Between 2003 and 2010, Ingham County averaged just more than 14 opioid-related deaths a year, according to data from the health department. It’s the category that includes heroin and prescription painkillers.

.
The county estimates there were 50 such deaths last year, based on preliminary numbers, and there were 57 in 2014.

There was some hesitation by Wes and Rhonda Emerson, Aaron’s mother, about whether getting Narcan would be a sign that they expect their son to relapse. He had done it once before after a year of recovery.

To read the full article with graphs and interviews of drug addiction professionals, other addicts and The Rest of Aaron’s full interview? Please visit this link below:
http://www.lansingstatejournal.com/story/news/local/2016/01/22/heroin-ingham-county-narcan/78319842/
Lansing State Journal . . .