Depression is a commonly misunderstood illness and more so when you are maintaining recovery from addiction … For an illness that affects an estimated 300 million people, there is a surprising number of people who don’t understand what it is or don’t even believe it exists. It has been said that the chance of a person knowing someone who struggles with depression is over 90 percent! For this reason, it is a good idea to know what depression is — and what it isn’t — so that we can better understand our friends and relatives who struggle with depression.

There are a lot of misconceptions about depression. From not being a real illness to depression being an inherited trait, some common beliefs that people have about depression are wildly inaccurate. In an effort to prepare all of us to better understand the people in our lives who struggle with depression, here is a guide that will help to dispel some of the most common myths about depression.

First and foremost is the very common and unsettling belief that depression isn’t a real illness. In some studies, it was found that over 60% of those who were asked considered depression to be a mindset that is all in your head, and that an effective treatment for depression is simply to “pull yourself together.”

Depression is a real illness caused by chemical imbalances in the brain. Very seldom is it caused by the victim wallowing in sadness and self-pity, but is, in fact, a biological disorder that needs to be taken as seriously as any other physical injury would be. Just as we would not tell someone with a broken leg, “It’s all in your leg! Just walk it off,” it would be just as inappropriate to tell someone who is struggling with depression that it is all in their head and that they should pull themselves together. Especially when women have hormone changes through life.

A common misconception about depression is that it is simply sadness. Again, people who believe this also believe that the cure for depression is to change your mindset and adopt a more positive outlook on life.

“Talking About Depression Makes It Worse”

Many people believe that the more you focus on depression, the worse it will get. This belief is closely tied to the previous belief that depression is “all in your head,” and that a simple change in mindset will cure the victim of depression. This is, in fact, false, and it is one of the more dangerous misconceptions about depression.

“Only Women Are Affected by Depression”

This belief is likely influenced by society’s emotional expectations for men. Because men are influenced by the media and other sources not to share their “negative” emotions, men are much less likely to make known their struggles with illnesses such as depression. Nevertheless, it is a popular belief that only women are affected by depression.
… 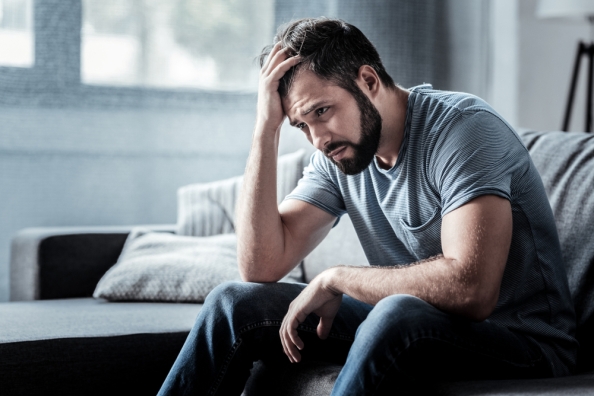 The fact is that everybody can be affected by depression. Male or female, rich or poor, every human being has a chance of suffering from depression, and no group of people is immune. In the United States, it has been observed that males have died from suicidal attempts three to five times more often than women since the 1950s.

These statistics make it clear that women are definitely not the only gender that is affected by depression, and depression is a serious threat to both men and women alike. So don’t wait and make a call to a behavioral or mental health provider if your feeling longer then normal lengths of depression.