Happy Almost New Year Recovery Friends and Visitors! Welcome, that You Found ME! 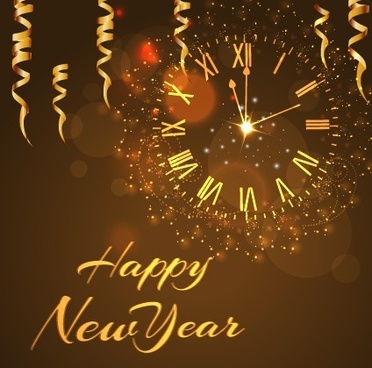 I wanted to round out my being on Holiday Watch and Blogging all through the HOLIDAYS which includes through New Year’s EVE! Look, those of us maintaining recovery NEED to FEEL and know ….WE ARE NOT Missing Out on all the partying or waking up on another New Year’s Day strung out, hungover, our financially broke!

We know we are WORTH and DESERVE Much better Then THAT … But many feel left out or feel they are missing out. Not the case at all. We always need to make sure and take a look back at the WORST of our addicted days and holidays to know we have come along way from those “diseased” hauntings. That was the disease of ADDICTION Running our lives, made our lives unmanageable and took right over …

Not Anymore… And those who have longer-time maintaining recovery know this as TRUTH. We have done and continue to do the work necessary to keep our recovery intact and especially around the holidays. We then “Pay It Forward” and pass on that Wisdom and recovery lessons learned to those who are New and may just be starting Recovery. You are not alone and there are many caring and supportive people willing and ready to be of HELP and SHARE HOPE like me! ~Advocate, Catherine Lyon

“FOMO—Fear Of Missing Out—took enough away from me in my addiction. I spent countless nights wishing I hadn’t gone out or drunk as much as I did. In sobriety, I’ve never regretted not going to the party.”

If there is one thing that describes my addiction, it was the yearning for connection. Ironic, isn’t it? The thing I spent the most time striving for is the thing that I ultimately couldn’t get, even from the substances that I thought were helping me find it.

As far back as I can remember, I wanted to be popular. In 5th grade, I remember the girls who were considered “cool” inviting people to their “boy-girl” party. I patiently waited for an invitation that never came. Then in middle school, my peers started getting boyfriends and girlfriends and slow dancing at school dances, but I was never included. I did everything I could to make it seem like I should be included in these exclusive pastimes, but I never felt like I succeeded… until I started drinking.

(A new year should symbolize growth, bettering yourself, or beginning again. Don’t let FOMO take that away from you.)

Taking shots, chugging beer, puke, and rally; these dangerous drinking habits are what ultimately gave me the street cred I needed to become part of the in-crowd. Boys finally found me cool and desirable and girls wanted to be friends with me. This theme followed my entire drinking career. I evolved from a scared child with a couple of friends to an outgoing woman with more friend groups than you could count. Keeping up with my new reputation was exhausting, but it’s how I lived throughout my entire time at college.

When I first heard about FOMO — Fear Of Missing Out — something in me clicked and I realized this was the feeling I always got when I couldn’t stand not being at the party. FOMO was what motivated me to drink every night from Wednesday through Sunday during college. I needed to be at every outing and party because if I wasn’t, I risked my popular, cool-girl reputation. I risked not seeing the drama or hearing the gossip. Just like the acronym-dubbed phenomenon, I was fearful I’d miss something, and I couldn’t let that happen.

Now that I’m sober, I’ve realized that so many of us former drinkers had an intimate relationship with FOMO. It’s often what drove our drinking. It can also be what drives our return to use, or our obsession with still going to the places and parties we frequented while we were in active addiction. The holidays can be an especially daunting time for FOMO. In particular, New Year’s Eve is known for lavish and booze-filled celebrations. If you’re sober and worried about FOMO creeping in this NYE, here are some tips to help you play it safe.

HAVE A PLAN READY:

1. Plan something new and different. I can’t tell you how satisfying it is to make plans in sobriety. Instead of the same old drunken ball-drop open-bar nightclub or wine-infested awkward house party, you get to decide what your New Year’s plans are and they don’t have to include any of those things. You get to plan something fun, new, and exciting. You could travel to a new place, visit a zoo, volunteer at a homeless shelter, watch fireworks, or host your own alcohol-free party. The point is, the decision is yours and your plans don’t have to be anything like they were during your drinking years. Plan something new and different to look forward to. You could even invite your friends and family to your non-alcohol-centered event and avoid FOMO altogether.

2. Read up on the concept of romanticizing. Yes, I’m telling you to Google “romanticize.” This is something we occasionally do about our drinking when we’re sober. We often remember the best and more fun parts of our drinking, but not the times it made us feel horrible or our worst hangovers. I’ve also heard these rose-colored memories referred to as “euphoric recall.” It’s good to have an awareness about this extremely common tactic of our mind. Remember the truth! Just because other people are out there binge drinking or going to events with alcohol doesn’t mean you have to. Just because you used to have fun at these types of events doesn’t mean you will in sobriety. Just because society tries to tell us we need alcohol to have fun does not make it true! Trust yourself. Don’t romanticize any substances you’ve tried hard to leave behind.

3. Give yourself a pep talk. You are one smart person. You know that FOMO is a concept that begins and ends in your mind. It’s a feeling just like any other that will come and then go. If you’re struggling with drinking, I can tell you there is nothing fun to go back to. Drinking again won’t make your NYE any more memorable or special. In reality, you’re unlikely to remember most (or all) of it. You live differently now and it’s time to accept that NYE will be different and that can be a blessing.

If you’re staying sober and debating going to a New Year event where the alcohol might overwhelm you, I’m here to tell you that you will not die if you don’t go to this event. Missing one event won’t change your life or the world. You can always get the lowdown from your friends who do go. I promise there’s nothing at that party that’s so wonderful it will make up for how you’ll feel if you end up drinking.

4. Imagine the future. In the scheme of the entire world, NYE is just one holiday on one day of the year. Of course, it marks the end of 365 days of your life and that’s special, but there are so many other beautiful ways to celebrate a transition of this magnitude. You could make lists and read books and write in your journal and perform a moon ritual! You could go to a yoga retreat or a sober meet-up. It’s not your fault that society has tricked us into believing New Year’s Eve is a drinking holiday where we need to have a champagne toast at midnight. But it is your responsibility to carve out a new path for yourself on NYEs to come. Imagine your future: would you be happy to give up all your hard-earned sobriety for one night? For one party? For one New Year?

A new year should symbolize growth, bettering yourself, or beginning again. Don’t let FOMO take that away from you.

FOMO took enough away from me in my addiction. I spent countless nights wishing I hadn’t gone out or drunk as much as I did. In sobriety, I’ve never regretted not going to the party. Every time I think I’m going to miss out on something, I never do. I end up doing something better or more satisfying with my time. I end up missing situations, people, and places that aren’t good for me anyway. I miss out on drama, gossip, and drinking.

This NEW YEAR’S EVE, ditch the FOMO and make sure you aren’t missing out on Sobriety.