I was utterly heartbroken and shocked when I heard the news early Wednesday morning of the passing of Christopher Kennedy Lawford. We lost a huge addiction and recovery champion and tireless advocate of alcoholism as well as other addictions.

It hit me pretty hard as I was honored and privileged to have interviewed him by phone and have him as my featured article in the May/June 2017 issue of InRecovery Magazine where I was a former writer and columnist of  “The Author’s Cafe Column.”
. 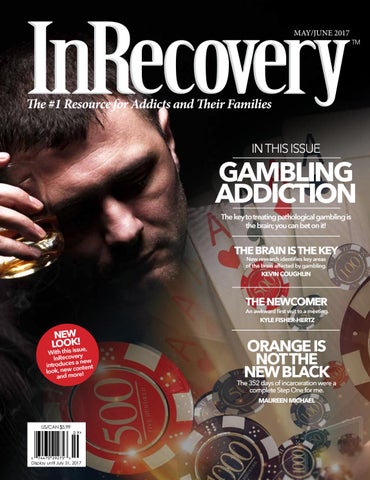 You can still visit the cafe’ column online and read the full article and my past interviews.  I also was an Addictionland Gambling Recovery expert blogger the same month as Christopher was in October 2014 blogging about alcoholism on Addictionland. When I interviewed him for my article for In Recovery, he was kind, not shy to be open about his past, and very gracious. He truly knew about real living while maintaining long-term recovery. Just some of what I learned about him.

Although, when I looked online to see how he passed, I could not believe how the “media” was reporting his death. He was being attached to the “Kennedy” name all over the news. I know he would not have wanted that at all as he was not close with many of the Kennedy family members as he told me in our interview. It was due to many of them still being heavy drinkers and recreational drug users except for John Jr. before his passing, and a couple cousins he spent time with.

And Christopher spoke about that in many interviews and articles in the media he said after we spoke. We all know even with family, we need to set boundaries around unhealthy relationships when we maintain recovery. And that was what Chris had done and was not shy about sharing this fact.

And as news and media history goes, we know the many stories about The Kennedy families of drug and alcohol use and even cheating on their wives and husbands. Addiction does not discriminate on who it “touches.”

And when you are a famous or high profile figure, it can be more difficult for it playing out publically in today’s world of sound bites, media, and technology advances. He shares some of this in his many books he has written, but much in his book ‘Moments of Clarity.’ Sadly his passing has come on the heels of his new book release just some months back titled; ‘When Your Partner Has An Addiction.”

.
Here is more about Christopher of what The Associated Press reports are reporting of his passing late Tuesday evening.

PROVIDENCE, R.I. (AP) — “Author and actor Christopher Kennedy Lawford, who was born into political and Hollywood royalty, sank into substance abuse and addiction and rose to become a well-known advocate for sobriety and recovery, has died.

Lawford was in Vancouver living with his girlfriend and working to open a recovery center. He had been doing hot yoga, which he did often, but the strain of it “must have been too much for him at that point,” Kennedy said.”

“I was given wealth, power and fame when I drew my first breath,” Lawford wrote in his 2005 book, “Symptoms of Withdrawal: A Memoir of Snapshots and Redemption,” the first of several books he wrote about his substance struggles.

He wrote that his parents got telegrams predicting big things for him from Bing Crosby and Dean Martin and said he once got a lesson in doing “The Twist” from Marilyn Monroe. The cover of his books shows him sitting poolside as a child with his uncle and soon-to-be-president John F. Kennedy looming behind him.

He spent his youth frolicking with Hollywood stars on one coast and rubbing shoulders with political stars on the other, living between libertine Los Angeles and the hyper-competitive Kennedy compound in Hyannis Port, Massachusetts, where he was a big-brother figure to John F. Kennedy Jr. 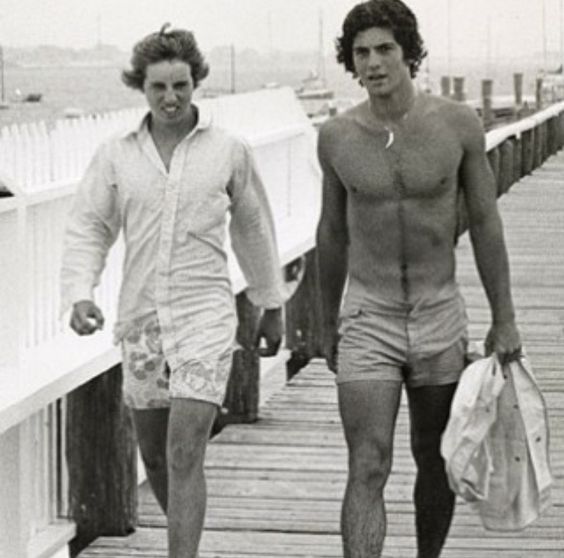 “You can’t get much more fawned over than being a Kennedy male,” Lawford wrote. (Above Chris and John Jr.)

His life with drugs began with LSD while at boarding school at age 14. In the years before he had experienced the assassinations of his two uncles and his parents’ divorce in 1966.

With heroin and other opioids as his substances of choice, Lawford leaped into deeper substance abuse in drug-heavy 1970s Hollywood, where his father also abused drugs and alcohol as his career faded. Peter Lawford died in 1984. Patricia Kennedy died in 2006.

In his memoir, Christopher Lawford told tales of mugging women for money, panhandling in Grand Central Station and getting arrested twice for drug possession before getting sober at 30.

“There are many days when I wish I could take back and use my youth more appropriately,” Lawford told The Associated Press in 2005. “But all of that got me here. I can’t ask for some of my life to be changed and still extract the understanding and the life that I have today.”

Patrick Kennedy, the former congressman from Rhode Island whose father is Edward M. Kennedy, said his cousin “did something very difficult,” airing family secrets and temporarily hurting his relationships within the Kennedy clan when he wrote his book.

“He had the courage to know that he had to find himself, and he wasn’t going to be able to do it while holding on to the old family narrative,” Kennedy said.

Lawford was “tormented by the fact” that for a time he was estranged from his sisters, Patrick Kennedy said.  “Over the years of recovery, he ended up reconciling with his sisters, happiest I ever saw him,” Kennedy said.

His life’s work became helping others recover — including his cousin.
.

“He was the absolute cornerstone to my sobriety, along with my wife,” Patrick Kennedy said (the former politician had been addicted to drugs and alcohol). “He was the one who walked me through all the difficult days of that early period.”

After his memoir, Lawford authored several more books on addiction and recovery, most recently 2015′s “What Addicts Know.”

He worked steadily as an actor, with moderate success. He had a small part in 2003′s “Terminator 3: Rise of the Machines,” made appearances on TV shows including “Frazier” and “The O.C.” and had recurring roles on the soaps “All My Children” and “General Hospital,” playing a senator in the latter.

He told the AP in 2005 that his famous dual identities both helped and hurt him in Hollywood.

“The names give you an entree, absolutely, but it’s a kind of a double-edged sword,” he said. “People do pay attention to you, but nobody gets ahead in Hollywood unless they are really lucky or they deserve it.”

He is survived by his sisters, Sydney, Victoria and Robin, and his children, David, Savannah, and Matt. 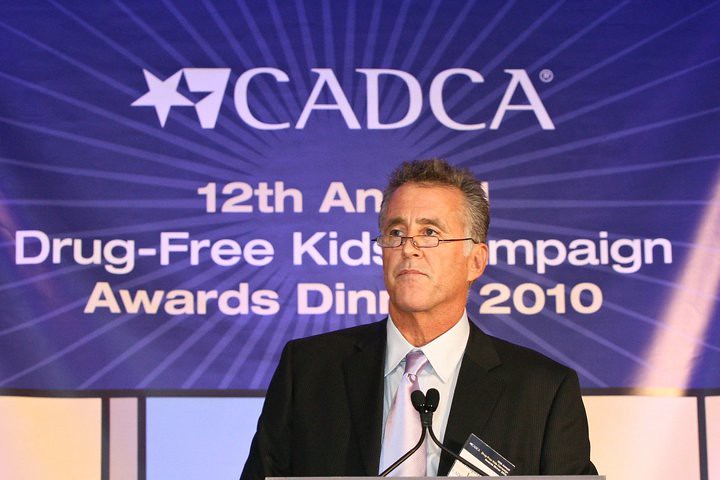 .
In closing, here is a little more about his writing and activism per Wikipedia:

In September 2005, Harper-Collins published Lawford’s memoir Symptoms of Withdrawal: A Memoir of Snapshots and Redemption (William Morrow 2005, ISBN 0-06-073248-2), which immediately became a New York Times Bestseller. In 2009, he released Moments of Clarity: Voices from the Front Lines of Addiction and Recovery, a series of essays by public figures, athletes and entertainers who have struggled with addiction to drugs and alcohol.

Almost every interviewee sought help from a twelve-step program such as Alcoholics Anonymous, Narcotics Anonymous or another spiritually based means of support for recovery. In his own life, Lawford battled a drug and alcohol addiction for much of his early life. Lawford worked extensively in politics, government and the non-profit sector holding executive staff positions with The Democratic National Committee, The Community Action for Legal Services Agency and in the Washington office of Senator Edward M. Kennedy.

He has held staff positions on numerous national, state and local political campaigns, as well as with The Joseph P. Kennedy Jr. Foundation, Special Olympics and The Center on Addiction and Substance Abuse at Columbia University. He was later a Public Advocacy Consultant for Caron Treatment Centers and was appointed by Governor Arnold Schwarzenegger to serve on the California Department of Public Health Advisory Board.

Yes, we have lost an addiction and recovery warrior, champion, and an outspoken advocate within September 2018 National Recovery Month. Even though I know he is in a much better place and is “Now Home.” It still hurts those who are left behind and especially when it happens suddenly. My thoughts, love, and prayers to his wife and children for this sudden loss, and to all his extended family and friends.

The Recovery world has a little less “Sparkle” without Christopher in it.